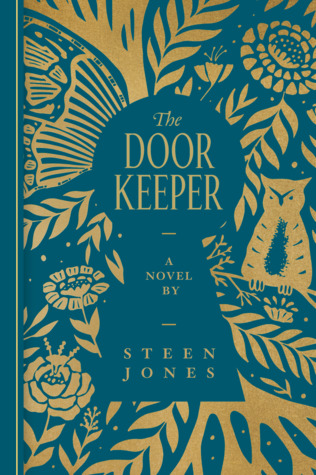 Fantasy is probably my least favorite genre. I can’t really tell you why but all I can say is blame Harry Potter and the hoopla with it.

That’s why I am as surprised as you are that I finished this book in one day. One day, people. This book follows Eden Saunders who lives an ordinary life as a widowed mother to ten year old Gabby, until she notices a door in the trees near her house. This leads to her finding out that she though she was adopted, there is a lot that her adopted parents knew about her birth mother. Once her first visit to Italy, where she was born, Eden finds out that she’s not at all who she thought she was but instead a greater destiny awaits her: her lineage as a door keeper.

I hope there is a sequel to this book in the works because the book itself ended in a bit of a cliff hanger. All in all, don’t open this book hoping to read it and forget it because Eden’s adventure will open the door to a fantastical world of romance, adventure, and butterfairies.

There is a giveaway that the publisher is holding where winners can receive a signed copy of The Door Keeper.  It ends on release day or February 20, 2017. May the butterfairies be with you!

2 thoughts on “#BookReview: Do you have the key to unlock the secret that makes the Door Keeper a must read?”