I started this book because it was a book of poetry but then the poetry became me. My life flashed before my eyes with each poem and I was enthralled, entranced, yet enlightened with the work of this young poet.

Discussing themes of self-image, society’s ideas of beauty, love, ideas of love, learning to love oneself, spiritual maturity. All in all, this poetry book made me realize that I DO in fact love my love and will wait as long as it takes to love someone worthy of that love again.

Below is my favorite poem in the book entitled Ex Lover. Sorry it got a little cut off when I scanned it.

Here are some of my favorite quotes: 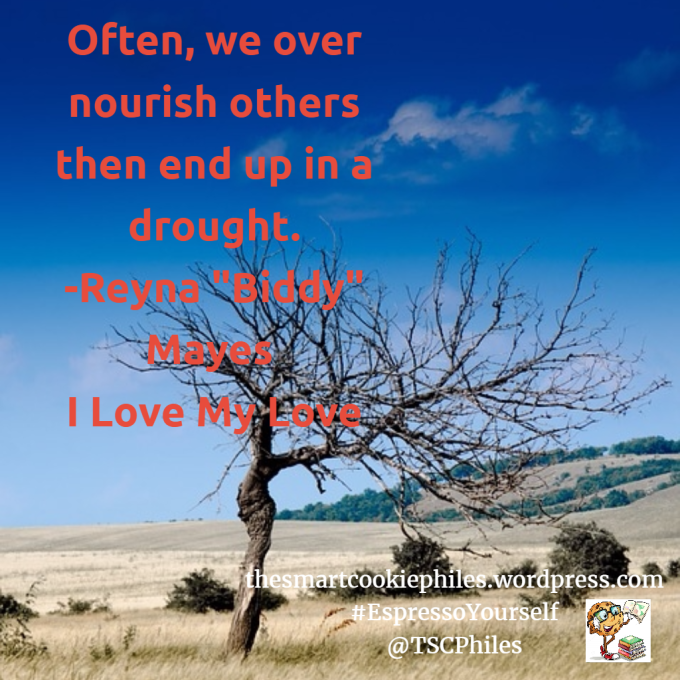 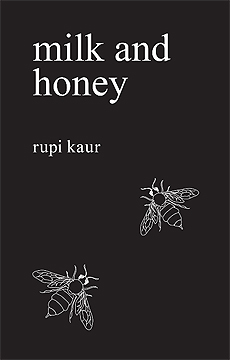 Poetry is like reading one of those little notes you used to pass around in middle school. So short and sweet but if you found one laying on the ground or accidentally got passed one, it was like you got to be part of the secret, and you instantly felt like you weren’t alone in your feelings.

Milk and Honey is like that. It’s short, sweet, and oh so vital for today’s society. It says so much without saying it that by the end of the book, you feel as though you want to hug Rupi Kaur for all she writes about but also feel that if she hugged you back, it would be because you experienced similar situations which is why her words jumped off the page and danced before you a private ballet.

When my sisters both read her book, I actually rolled my eyes because why would they fall head over heals for a book unless it was popular. Then, I retracted that eye roll when (plus I realized my sisters don’t read that much) I started reading it and Kaur’s words grabbed me by the shirt collar like a thug on the street looking to rob me but then mistakenly realized I was a long lost cousin and smoothed down my shirt and said, Coffee?

So we sat down metaphorically and sipped coffee and discussed the four different heartaches we’ve known:

As you can see from my notes, the poems in the Breaking and Healing sections spoke the most to my wallflower heart. Without further ado, here is some of my favorite poems shared with public permission from Rupi Kaur’s Facebook page: 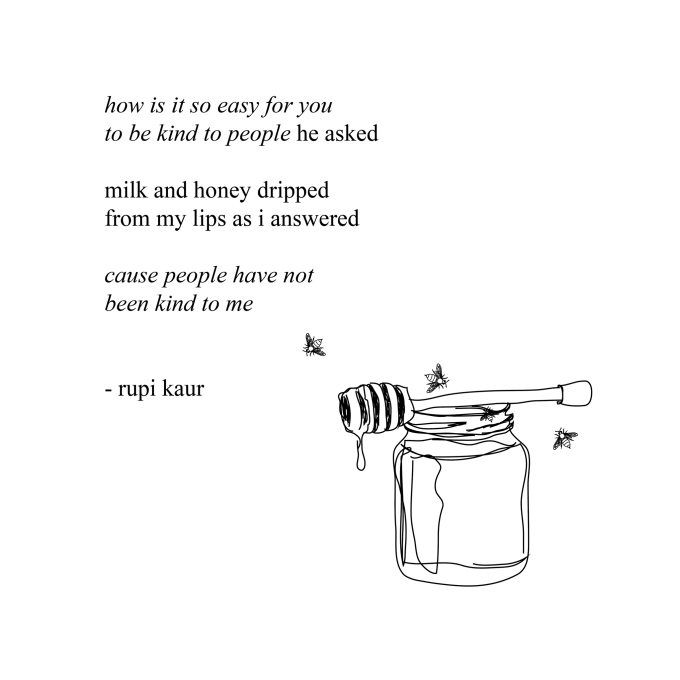 The thing about reading poetry is if you already are a poet, it awakens an innate desire to take the words before you, inhale them, and exhale them into poetry regurgitated but uniquely yours.

According to Winter Goose’s site:

With Pulling Words, a collection that simply and honestly showcases the drama and quietude of life, poet Nicholas Trandahl displays written snapshots of the world he has explored and observed. He escorts readers from his childhood in rural Virginia to his troubled time as a deployed soldier in the Middle East, and from the empty beauty of Wyoming to the quaint charm of Martha’s Vineyard.

I’ve followed Nick’s poetic journey from the beginning and liked his use of nature to stick a lens into the bigger picture of life’s greatest mysteries and moments: love, being in love, marriage, pregnancy, and reminiscing childhood truths and young adult experiences that led to make the man.

Thankfully, I found out he was releasing a poetry collection just in time and rushed into the party even if I missed the hor d’oeuvres.  What follows is my take of the collection at large and some of my favorite quotes. Yet, as a poet myself, I know that reading poetry takes a few tries before the jigsaw pieces complete the puzzle :

Trandahl takes the reader down memory lane with poems about his childhood, his time serving in the Middle East, and a poem that feels like a fly on the wall during a family vacation. Nature and outdoorsy imagery is heavily used due to the poet’s love and adoration for the outdoors. 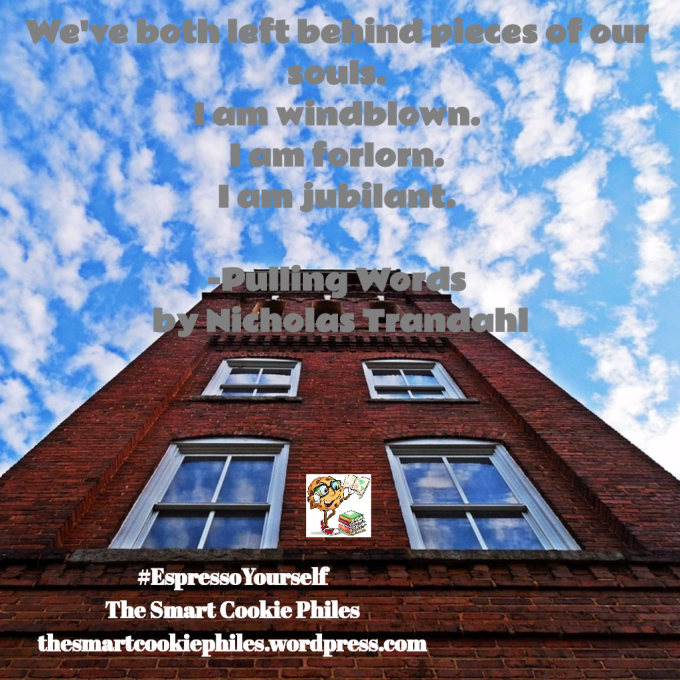 This is my first favorite quote from the book because for me, I am most reminiscent of certain people and places when the wind hits me a certain way. The scents, the sounds, they all come rushing back, like wind carrying souls as it moves between the trees.

With this quote, you can see the symbolism that nature provides both the poet and the reader, that life and love is reflected in the processes of nature: we sprout, we bloom, we grow, we bend, we wilt, we wither.

Please congratulate Nicholas for me by liking him on Facebook and by sharing this review fervently.

I’m one of those serious bookworms who has to read the book before the movie. Back when Twilight was being promoted in the Hollyweird movie machine, I read the second book in one night, the night before I was meant to see the movie.

Thankfully, that wasn’t the case here since I rented the book from the library well in advance.

To watch my video review featuring some of my favorite quotes from the novel, go here.

Everything, Everything touches on some heavy subject matter (depression, anxiety, living in a bubble, fear, grief, mental illness) by using a universal storyline of first love to be the vehicle it is showcased through. It gave me all the feels and I read it not so much so I could see the movie but because it was THAT GOOD.

Before I get to the ways my dogs benefit my health, I would like to introduce and wish my dogs Happy National Pet day.

My dogs are both rescue dogs. Hazel is a four year old beagle/Italian Greyhound mix who came to us during the summer of 2012 after roaming around my neighborhood for weeks during a tropical storm. Katrina came to us in 2013 after her previous owner had to go into assisted living and could no longer take care of her. 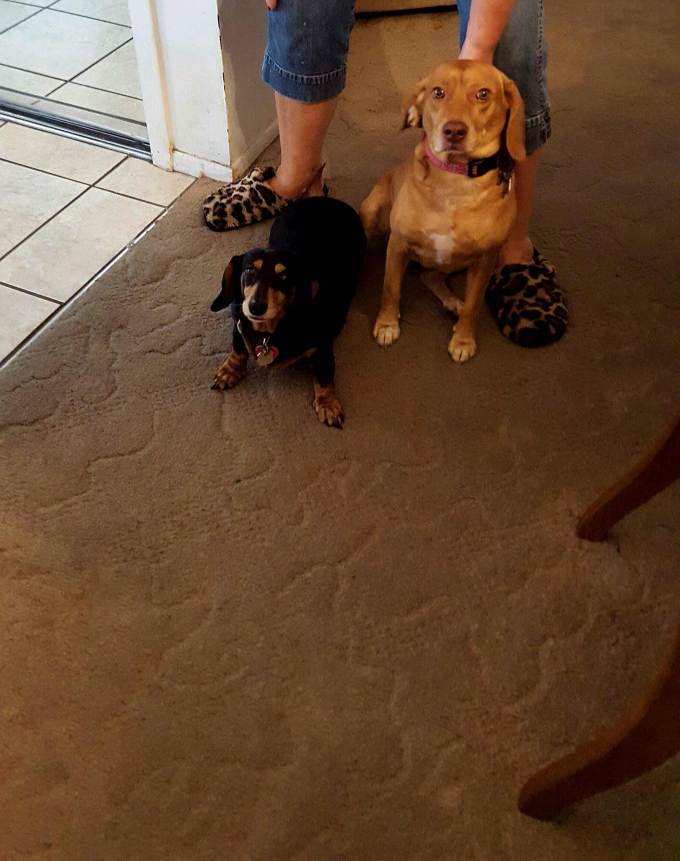 As far as I can tell you, my dogs do nothing but make me feel good and especially within my mind. They make me laugh which helps reduce any feelings of anxiety, pain, and depression. Hazel does this by wearing pillows as hats and twerking. Katrina does this by wearing a goofy grin especially if I’m holding a cup of coffee and doing a wiggle I like to call the “tootsie roll.”

They make me feel less isolated and alone especially while home alone working on novels or reading someone else’s for an upcoming review. Anytime I want to watch tv or read, they love to join me just to be a part of what I’m doing. Both dogs love to watch Jane The Virgin with me, and Katrina likes The Price is Right.

They boost my self-esteem. I know they love me just by the way they look at me. And because of their love for me, it gives me confidence to try new things like finally get behind the wheel and drive, lose that weight, or even say hi to a stranger. (Writers tend to be introverts, fyi).

I am so grateful for them as both my dogs and my friends because as long as they are by my side, I know that I cannot fail. And if I do, they will lick my face and tell me to try again. And because I want to be good to them, I do. Yet, I’ve never once regretted letting them into my heart and my home once they wiggled their way in.

Looking for a dog but don’t know where to start? Visit Puppyspot to see the current puppies they have for sale.

Worship focuses on Who God is. His character, His goodness, faithfulness, grace, love, and many other wonderful things. Worship creates an atmosphere in which God can work. Worship transforms us. By starting to worship God for the changes He is already working in us, we find that those changes start manifesting more and more, and we experience new levels of God’s presence, power, and goodness in our lives. As we worship, we remain in position to receive these things and everything else God has for us.

About Bethel Music
Bethel Music is a worship ministry that formed as an organic extension of Bethel Church in Redding, CA. Over the last seven years, Bethel Music has grown from being a local church music ministry to becoming a global outreach featuring a cadre of songwriters and worship leaders, with both online and on-campus worship schools. The Bethel Music Artist Collective includes Brian and Jenn Johnson, Jeremy Riddle, Steffany Gretzinger, Amanda Cook, Jonathan David and Melissa Helser, Leeland, Hunter Thompson, Paul and Hannah McClure, Kalley Heiligenthal, Josh Baldwin, Cory Asbury and Kristene DiMarco. Together these artists have six acclaimed albums that all went to the top of Billboard’s Top Christian Albums chart, in addition to four GMA Dove Awards and a GMA Covenant Award. Bethel Music’s multi-artist double-disc live recording Have It All (2016) hit No. 1 on the overall iTunes Albums chart and No. 6 on Billboard’s Top Albums chart, becoming Bethel Music’s highest retail debut on the charts ever. Starlight, Bethel Music’s first full-length album recorded live on tour, is available April 7.

The heart of Bethel Music is to be a steward of the worship being created and released at Bethel Church, making it a resource available to the world. In addition to thousands of people that attend Bethel’s weekly worship services, another 350,000 plus people subscribe to the online stream of the services at www.ibethel.tv. WorshipU, Bethel Church’s online school of worship, features ongoing training programs underneath seasoned instructors, with tracks including worship leader, songwriter, sound engineer, team essentials, producing a song and worship fundamentals, available at www.worshipu.com. More about Bethel Music can be found at www.bethelmusic.com.

Starlight is anchored in the message that our lives, our world, and all eternity are held together in Jesus. Like His stars placed in the universe, no distance separates us from our Creator and we are handcrafted and deeply known as children of God.

Most tracks on this record have a wonderful musicality that boasts a soft acoustic feel.

“Starlight”: Vocalist Amanda Cook begins, “You’re like starlight in the dark.” “You’re like summer in the night, even when the sun goes down, I still feel you.”

“Breathe”: Vocalist Amanda Cook sings, “You are here right now/ I can see your smiling face/pride in your eyes.”

You Came (Lazarus): A piano medley breaks up the soft, acoustic feel while vocalist Amanda Cook breaks it down: “You are a God of miracles.”

There’s No Other Name: Vocalist Francesca Batistelli sets the scene for a worship song centered around the Name of Jesus.

God, I Look To You: Batistelli wows once again with a song about looking to God for wisdom: “You know just what to do.”

Old For New: A break from the acoustic musicality with a more pop rock sound, this song builds much the same as our excitement in Christ and becoming a new creation in Him.

For The One: “Help Me to love with open arms the way you do,” sings Vocalist Jen Johnson.

The War is Over: “He made a way for us/Born from glory out of dust.”

I See The Light: “I’m your delight; you chose me.”

Take Courage: “Take courage, my heart. He’s in the waiting.”

Catch The Wind: My favorite because the musicality reminds me of Colors of The Wind from Pocahontas, and is an incredibly beautiful worship song on this album.