Not sure if you want to hire me full-time? Then, let’s do a trial run. Comes with a giveaway option or more PR hours….

Whatever your needs, use the form below to contact me. I want to help you shine.

If you’ve followed TSwift as long as I have (I mean the first time I heard her music I myspace messaged her. She didn’t reply, fyi), you know that Taylor has quite the reputation musically. She uses her personal experiences and many failed relationships to write songs from the heart and that is why her music still resonates despite her transition to pop from country in 2013.

Back with her seventh studio album, Taylor bring us lover released Friday August 23, 2019. Unlike the dark aggressive themes and musicality of her previous work Reputation, Lover is a love letter to love in all its maddening, passionate, exciting, enchanting, horrific, tragic, wonderful glory.

It has sounds of pop rock, synth pop, and electopop.

I Forgot That You Existed: A cheery farewell to the events that inspired Reputation set to a minimalist piano arrangement and finger snaps. Instantly catchy tune. Definitely made me want to hear the rest of the album.

CRUEL SUMMER: A synth pop song co-written with St. Vincent about a summer romance where there is some element of desperation and pain.

Lover: All instruments used in the making of this track were made before 1970 which helps give this track it’s timeless feel. A country style waltz track meets a romantic but haunting song about being in love with love.

The Man: An up-tempo synth pop anthem about the double standard women face about their actions and their words. I have never related more to a song in my life by Taylor Swift or anyone. It’s my favorite song on this album hands down.

The Archer: A dream pop mid-tempo song that focuses on Swift’s flaws and insecurities within a relationship.

I Think He Knows: The up-tempo funk-inspired love song about all the things you admire about a potential love. The song even contains a reference to Nashville’s music row.

Miss Americana and the Heartbreak Prince: With an anti-“You Belong With Me” feel and theme compared to works Bruce Springsteen and Lana Del Rey about disillusionment of US Politics. Swift has recently come out politically as a proud Democrat and a silent supporter of Hilary Clinton.

Paper Rings:  Bubbly pop punk track about committing to a relationship, forgo any formalities and marry him with homemade paper rings.

Cornelia Street: A piano-backed ballad about a relationship  that may not survive, named after “Cornelia Street” a street in Greenwich Village where Swift used to rent an apartment.

Death by A Thousand Cuts: A break up song inspired by the Netflix movie Someone Great, which was inspired by Swift’s album 1989.

London Boy: An up close and personal look at Swift’s  three year relationship with Joe Alewyn.

Soon You’ll Get Better (ft. The Dixie Chicks):  A heavy banjo country ballad where Swift discusses her mother’s battle with cancer. It shows how there are real problems and there is everything else, and cancer is a real problem.

False God:  Using heavy religious imagery, it discusses the force between two people in a relationship as all-powerful and greater than themselves.

You Need To Calm Down: A track with an electropop musicality about how social media gives us too much courage to bully and attack others.

Swift wrote this celebrating the LGBTQ+ community but slightly slanders Christians in the undertones.

Afterglow: A dream pop song about self-sabotaging a relationship, overreacting about a misunderstanding.

Me!: A catchy pop track and the lead single off this album about self-love and confidence featuring frontman of Panic! at the Disco, Brendon Urie.

It’s Nice To Have a Friend: A dreamy ballad infused with steel drums about two friends who meet in school and eventually end up married.

Daylight: A song reminiscing the pain and struggle of past relationships making you doubt your ability to find true love until she meets someone  who brightens her life in a new way.

Lover by Taylor Swift will leave nothing unsaid and will read like all the great romances have since the beginning of time: void of time and space love is the greatest mystery and necessity vital to all of us as human beings. 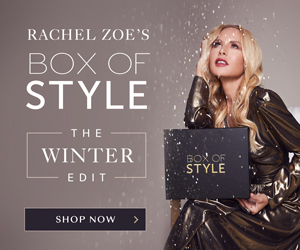