Kelly Clarkson is only 36 years young and she’s already had a Greatest Hits Album. The original American Idol winner is back to her signature soulful sound with her eighth studio album Meaning of Life.  It was released on October 27, 2017 and debuted on the US Billboard Hot 200 at #2.

A broken down minute long r&b track about needing a minute to be yourself. Written and produced by The Monarch with writing input from Jim McCormick and Katie Pearlman, was primarily made for Clarkson, whose hectic family and work life have made it hard for her to take a minute break for herself.

A soul-trap anthem, very different from Clarkson’s usual stuff, picks up where Duffy’s “Mercy” left off. With Clarkson’s usual attitude, it tells a love story about something palpable between two people, “if you break it, you buy it” type love. Written by hitmaker Priscilla Renea. Heat: A catchy soul-trap pop sound paints a track where you are begging someone for a hot as coals type of love, one that has you warm all over, smiling from ear to ear.

Meaning of Life: the title track and the song that started the entire project. The vibe, soul and message of this song showcases Clarkson’s new direction musically. It is a track that has an r&b signature sound but about a love that brightens the colors around you & catches you completely brand new. 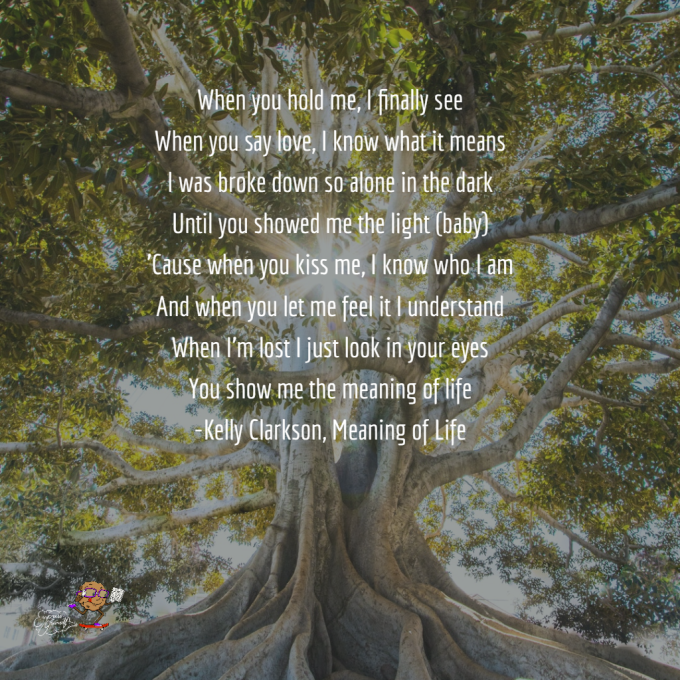 Move You: A ballad with a drum-string combination about wanting to make such a lasting impact on someone you end up moving them.

Whole Lotta Woman: A body positive and female empowerment song about being loud & proud of your shape, your curves, and confidence in your femininity.

My favorite song on the album because it has the signature sound of a Clarkson anthem but with a powerful progressive measure. March on, ladies. Own who you are. Medicine: Schultz and Harlœ co-wrote and produced the seventh track “Medicine” as a tribute to the ’90s and was inspired by Carey’s song “Emotions” (1991). It has an up-tempo pop musicality which sets the stage  for this track about a past lover who she has moved on from who did nothing for her.

Cruel: An r&b jazz pop fusion about a hard to love lover that you are commanding respect from.

Didn’t I: A pop soul track about a lover you gave the moon, sun, and stars to and her or she took you for granted.

Would You Call That Love: A track about how someone loves you but they love you with a complete dichotomy of what love is supposed to be.

I Don’t Think About You: The soul-infused power-ballad chronicles losing a prominent love in your life only to realize you’re better off without them.

Slow Dance: A slow tempo ballad about taking things slow in order to let the fire or heat between two people simmer.

Don’t You Pretend: A slow tempo song that begs a man to be honest about his true feelings, and quit pretending he doesn’t feel the same.

Go High: A song about staying kind in a world that tries to turn you wicked, sour, and miserable.

Overall, Meaning of Life doesn’t have one bad song. It is short but sweet, and shows depth, growth, and wisdom of Clarkson’s person and artistry.

One thought on “#MusicMonday: Kelly Clarkson gets back to her soulful sound with ‘Meaning of Life’”