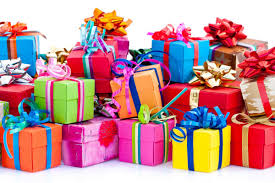 Christmas is two weeks away. I planned to have my annual gift guide up much earlier but it did not work out. Without further ado, here are the books and music items I recommend you get the bibliophiles and cineophiles in your life.

There you have it, another year in books and music. If I missed your favorite, share it in the comments below. As always you are welcome to find gift suggestions in both my merch shop and support any of my lovely affiliates.

Here is 2020 being the year you choose to ESPRESSO YOURSELF!