I was given an advanced reader’s copy in exchange for an honest review.

Opening with the phrase:

the reader is instantly taken on a journey with the perfect mix of romance, science fiction, adventure, and a philosophical curiosity of free will and the existence of God.

Bengier’s writing is futuristic yet relatable with it’s discussions of protests and social equality, and very captivating.

For more on the book and the author who created this metaphysical world, check out https://garyfbengier.com/

Willie Handler is no stranger to writing books that make you laugh but the second novel from this author is nothing less than an out of this world story that will have you shaking the cosmic dust off your space boots.

Dixon Jenner is a thirty two year old chef who gets recruited by NASA in the year 2039 for a Mars mission that goes terribly wrong  to his spaceship explodes and he is the only sole survivor.

Right away, he is high from a marijuana infused brownie and he has to figure out what to do to survive post-explosion. He meets two martians Bleeker and Seepa and from there they hide him from the head martian Cheytno to avoid anyone finding out he is from Earth.

What ensues is a hilarious story that leaves space for countless belly laughs over martians learning more about earth-like customs from an American chef from Toms River, New Jersey.

I was hysterically laughing by page three and I could not find a good reason to put the book down.

It’s definitely a book with a brilliance not yet experienced on this planet but no matter who you are, human or martian, Handler’s writing will keep you hooked from start to finish.

A Chef Stuck On Mars is Not the Funniest Thing You’ll Find in Loved Mars, Hated The Food by Willie Handler

Kyanite Publishing Author is available for interviews and events as well as blog tours. Willie Handler is back with his second novel, his irreverent and hilarious science fiction debut about a thirty-two year old chef Dix Jenner who is selected for a mission to Mars by NASA. The book is abound with subtle satire that provides the story with depth. The novel will be released on August 13 and is already available for pre-order via Kyanite’s site.Loved Mars, Hated The Food already has many five star reviews as well as an endorsement from fellow Canadian author and two-time Leacock Award winner, Terry Fallis . Handler is holding a book launch event in his hometown of Torono at the Monarch Tavern on August 14 at 5:30 p.m.

About Loved Mars, Hated The Food:

Dix Jenner, a self-proclaimed slacker, is the first chef to live—and maybe die—on Mars. After an explosion kills his colony companions and leaves him with nothing but his spacesuit, his time on the faraway planet is about to expire… until he’s rescued by friendly Martians Bleeker and Seepa, who smuggle him into their vast underground civilization.

Despite an unfamiliar world of telepathy, strange class dynamics, and really bad food, Dix sets out to make his mark. After opening a cafe—who knew Martians loved espresso?—he starts to notice that responsibility can feel good. Not only that, but he’s got a new romance, and for the first time he actually cares.

Unfortunately, his success attracts the attention of the corrupt and narcissistic Martian Grand Leader. Forced to run to avoid being imprisoned, Dix gets lucky: a NASA rescue mission lands on Mars. But seeing it brings back the dark secret he’s been keeping from himself about the colony’s explosion, and now Dix must choose between returning to Earth or spending the rest of his life in a cell on the dusty red planet where he belongs.

Author Willie Handler was a satirist well before he became a novelist. Hailing from Canada, where self-deprecating humor is part of the national character, he finds targets for his humor everywhere. His targets include friends, family, co-workers, politicians, farmers, subway passengers, bureaucrats, telemarketers, Martians, and his barber, Vince. In 2016, he released his first novel THE ROAD AHEAD. With his most recent work, he has crossed over to the world of speculative fiction.

To schedule an interview with the author or to schedule him for a public appearance, please contact his publicist Chelsea DeVries at smartcookiepr26@gmail.com

To pre-order Loved Mars, Hated The Food, visit this link.

Growing up one of my favorite books and a staple in my childhood was The Giver. Then, for some reason, I basically forgot how much I loved science fiction in order to pursue YA fiction, etc. Then, I started reading this book and wow, what a READ! From the first page, I was hooked. Why? Well, let me tell you that the main character of this novel isn’t Dan Delacor but his dog, Dean.

Written in memory of the author’s own dog Dean, there was a part in the beginning of the novel that literally encapsulated all that I miss about my own soulmate and best friend Geniveve who left to visit the rainbow bridge in the end of July 2015. I definitely teared up. I love the dystopian futuristic feel this novel has and everything about it worked smoothly and efficiently like any machine might.

This book itself is a machine with a heart that beats perfectly in sync with those that choose to read it. Some may call it a “heart bond” made just for you. 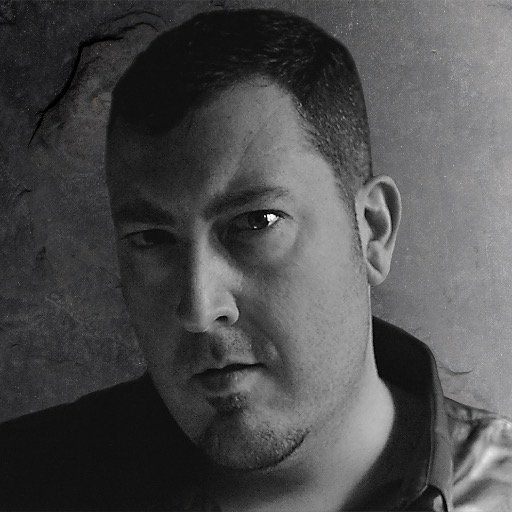 To keep up with Dylan Lee Peters other works and works in progress, please visit his Twitter and his site.

To keep the machine that is this site running, I’m holding another giveaway!

Two winners will win copies of The Dean Machine straight from the author.

All U.S. only entrants can enter here.